Having recently been the happy recipient of 10 kilos of grass fed beef made up of various cuts and chunks, I have been planning and plotting how best to make use of it all. As part of my magnificent melange of meat, there were two large chunks labelled simply as ‘Pot-au-feu’. 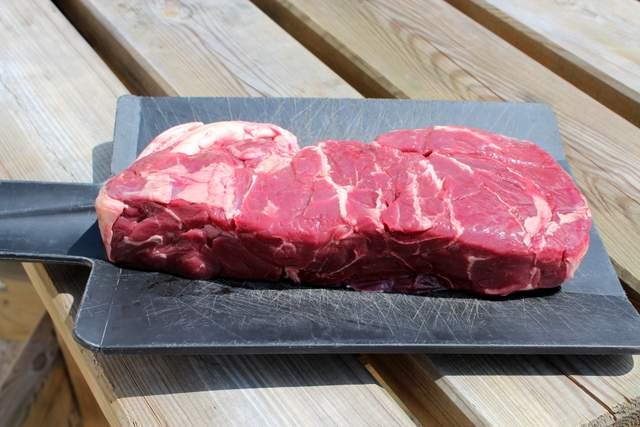 Well, we certainly don’t have a cut of beef called ‘pot on the fire’ in the UK so this is one of those times when a little investigation was required. It turns out that this hunk of beef is usually brisket and is perfect for long slow braising.

In fact, a Pot-au-feu is one of the most traditional family dishes in France. Naturally, each region has their own spin on it but the original idea and name comes from the old days when a large pot would simmer away over an open fire, to which new ingredients could be added over days and so it stretched into many meals for many mouths.

I researched some recipes and found some that were seriously opulent brimming with every type of meat you can imagine; beef, veal, pork, sausage and duck, all in one pot! A true meat feast in every sense of the word, that could feed a small army. In the end, I opted for something more modest and in keeping with my notion that just such a pot would have sat over our fireplace in years gone by and fed the farmer and his family who lived here.

A Pot-au-feu is not a stew as we Brits understand it. It is more of a pot roast. The striking difference for me is that the end dish is served in two distinct ways. First they serve the soup made simply of the cooking broth as it comes, or sometimes with some vermicelli pasta added. Unlike British soups, which are thicker and usually consist of blended ingredients, this is quite simply the thin cooking stock from the pot, but boy it’s tasty!

And after the soup course, they serve the meat alongside the vegetables that it has been stewed with. Garnishes could include some gherkins or mustards or perhaps a tomato sauce flavoured with capers. This is the epitome of uncomplicated rustic food.

For my Pot-au-feu I stuck to some traditional elements whilst adapting the end dish to suit my family’s tastes a little better. My kids are tricky to feed at the best of times and I think a dish with vegetables which have been cooking for 4 hours served alongside some gherkins might have been a step too far!

Rather than every type of meat known to man, I just used my beef and also a chunk of saucisson as I thought that would add bags of flavour to the broth. As it came to a simmer, I skimmed the grey froth from the surface and then I threw in carrots, leeks, celery, garlic, and onion studded with cloves and a bouquet garni. I popped the lid on and left it to do it’s thing for 4 hours whilst I went into the garden to do weeding and play catch with the kids in the sunshine.

Once cooked, I decanted the broth and have kept it to use later in the week. I feel an onion soup coming on…

But back to the dish. The meat just pulled apart into juicy morsels which I served with some mashed potato and courgette. I quickly made a sauce with a roux and a few ladles of the cooking broth. I added a squeeze of anchovy paste, a teaspoon of maple syrup and a dollop of creme fraiche and dinner was served. 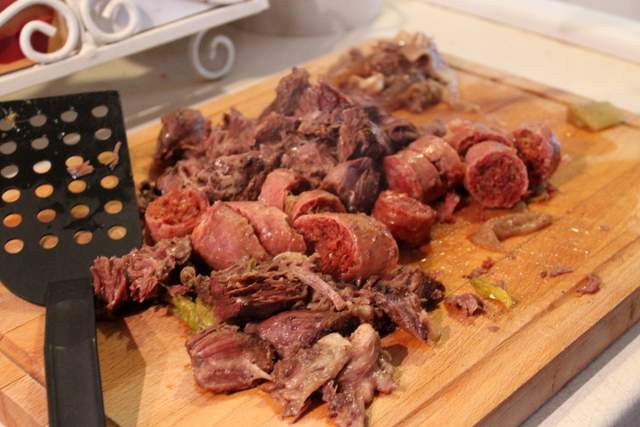 It was wonderfully tender and packed full of beefy flavour. The saucisson was a fortuitous addition and became soft and succulent. The rich, creamy gravy complimented the meats perfectly and all in all it was a very satisfying and wholesome meal.

There were plenty of left overs and also the stock still to be used for soup so it was a great value dish that went a long way and tasted superb. This dish proves that cooking does not have to complicated to get fabulous results. I highly recommend you give it a go.

5 cloves of garlic, cut into chunks 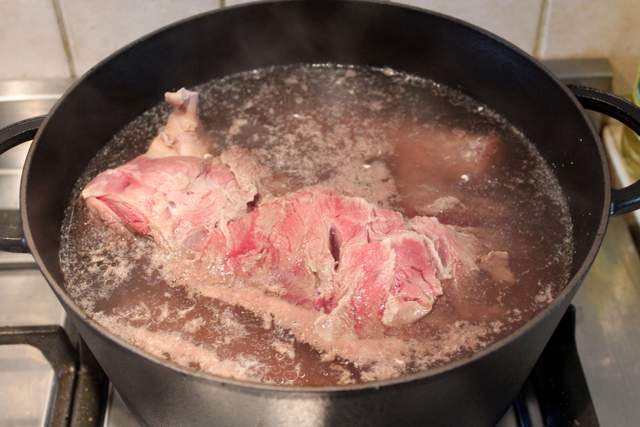 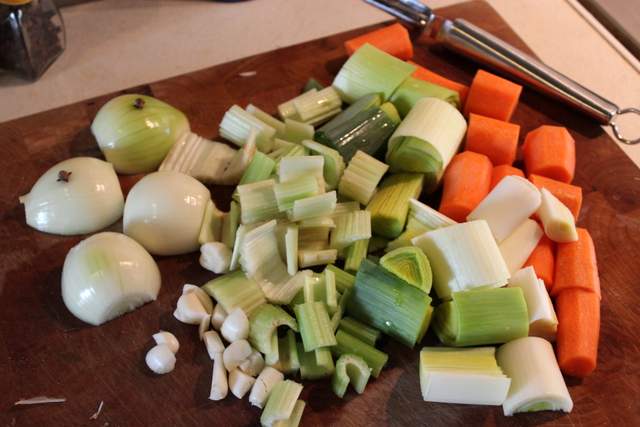 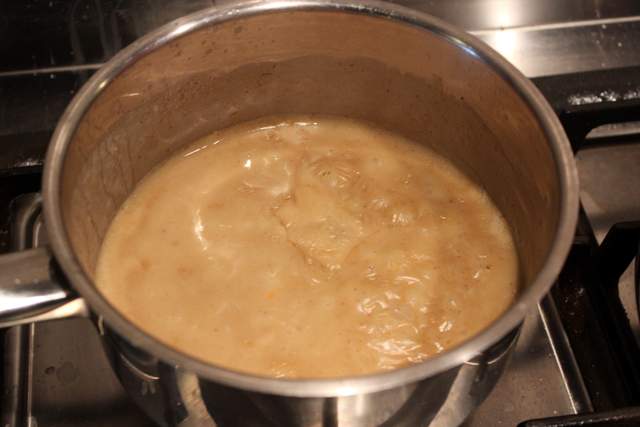 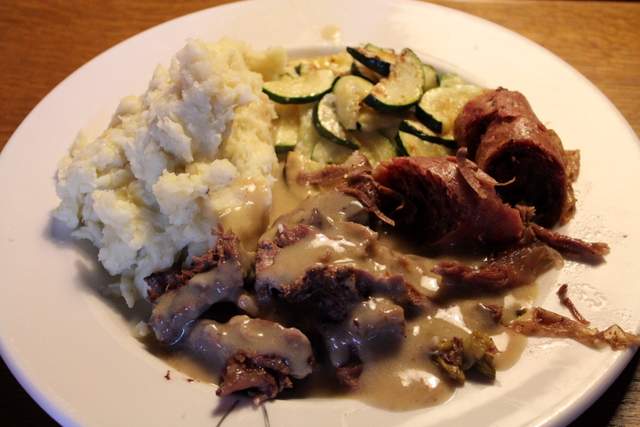 I  am entering this dish into Credit Crunch Munch co-hosted by Helen from Fuss Free Flavours and Camilla from Fab Food For All as this dish really does go a long way and uses a cheaper cut of beef.

I am also entering this into Made With Love Mondays hosted by Javelin Warrior, as it was made entirely from scratch and of course with love.

And finally, I am entering this into Herbs On saturday hosted by Karen from Lavender & Lovage. 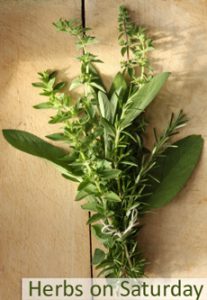