I must confess that I have stolen this recipe straight out of a French cookery magazine called Gourmand. I was immediately taken with the idea of stuffing a potato rosti with cheese, especially as I had a fair amount left over from the Christmas cheese board!

Crispy grated potato with a delicious hidden filling of oozy melted cheese. I mean really, who wouldn’t like the sound of that?

The beauty of this idea is that you could use any cheese you like. I can’t see any reason why it wouldn’t work with just about all types. Cheddar would be good, brie would be heavenly, goats cheese would be great, a mixture would be sumptuous. But on this occasion, I used Bresse Bleu, a cheese I would describe as a mild blue brie.

After frying half of my potato rosti on one side, I covered it with generous slices of the creamy cheese and then covered the cheese with more grated potato. The mildly tricky bit was the flipping over of the rosti without it falling apart or loosing it’s cheese filling.

Don’t be too rough with it but also don’t work too slowly. Using a plate to cover the pan, invert the rosti onto the plate and then gently slide it back into the pan. Simple.

I am not going to babble on about this recipe. All I am going to say is it’s really rather tasty. And if, like me, you have an abundance of cheese left in your fridge after all the festivities, this really is a superb and original way to use some up. It makes for a yummy lunch or brunch or tea…or just a down right tasty snack!

Happy New Year to you all !

Pre-heat your oven to 180 Fan/200 C. Then squeeze the moisture out of your grated potatoes. Place them into a clean tea towel and squeeze them over a sink to get the liquid out. 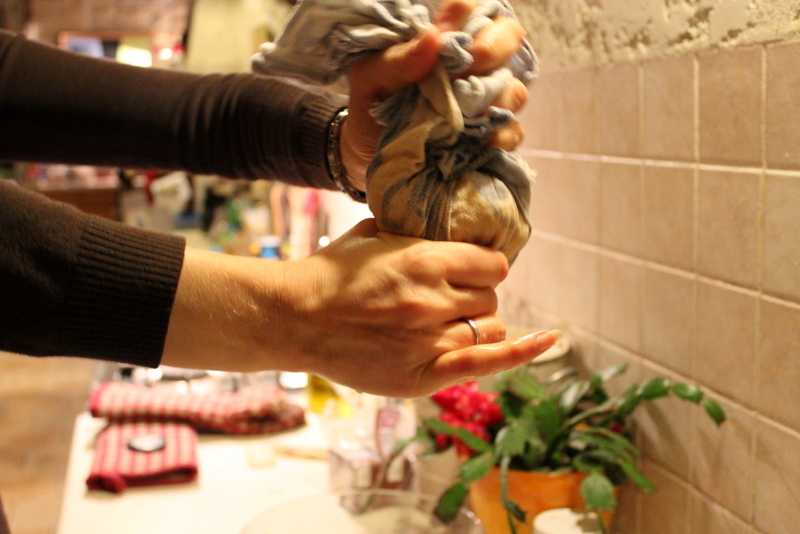 Put your potato in a bowl and season well and add the nutmeg and give it a stir.  Heat the oil in an oven proof frying pan and take half of your potato and spread it out evenly to cover the base of the pan. 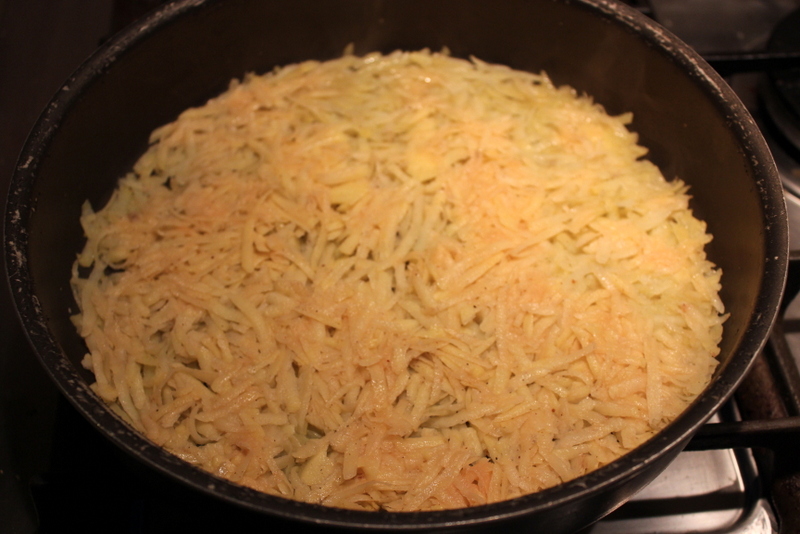 Let your potatoes cook for 4-5 minutes over a medium heat. Then slice up your cheese and lay over the potatoes leaving an edge all the way round. 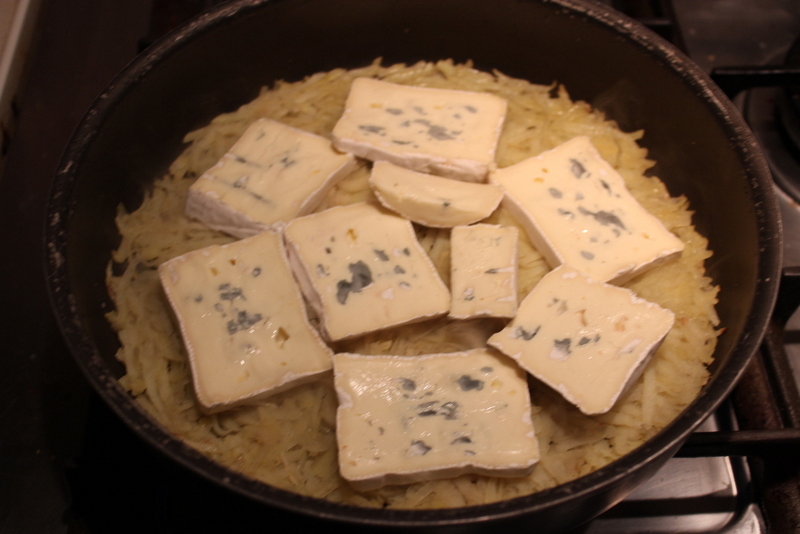 Take the other half of your grated potatoes and spread it out evenly to cover the cheese, pressing it down as you go. Now you need to flip it over. Take a flat plate that is slightly larger than the frying pan, place it over the top of the pan and lift it all up and invert the rosti on to the plate. Then let the rosti slide back into the pan gently so that the uncooked potato is on the bottom of the pan to be cooked. Let the rosti cook for 4-5 minutes. 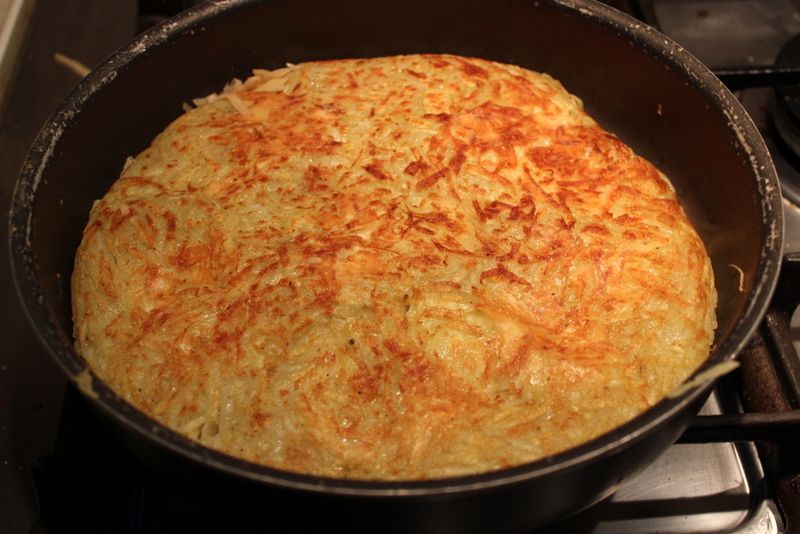 Place the frying pan into the oven and let it cook for 10 minutes. Then slide the rosti out and slice as required. Serve it with salad or bacon or beans…anything you like really! 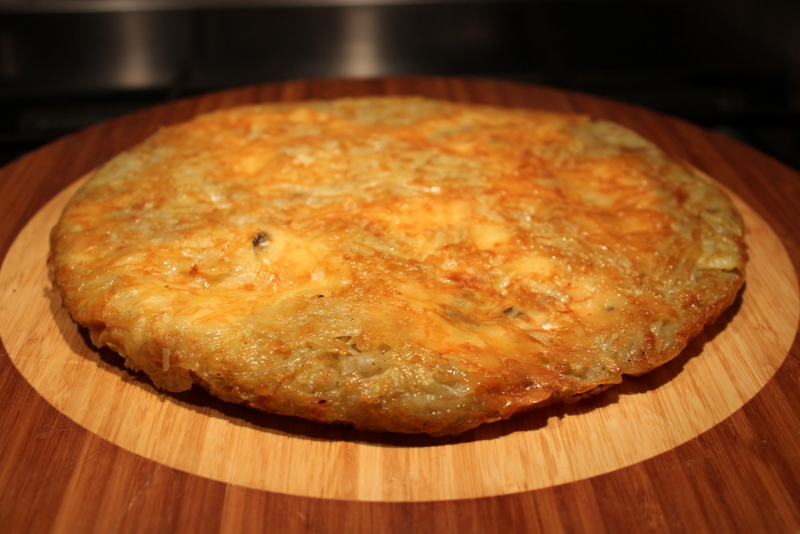 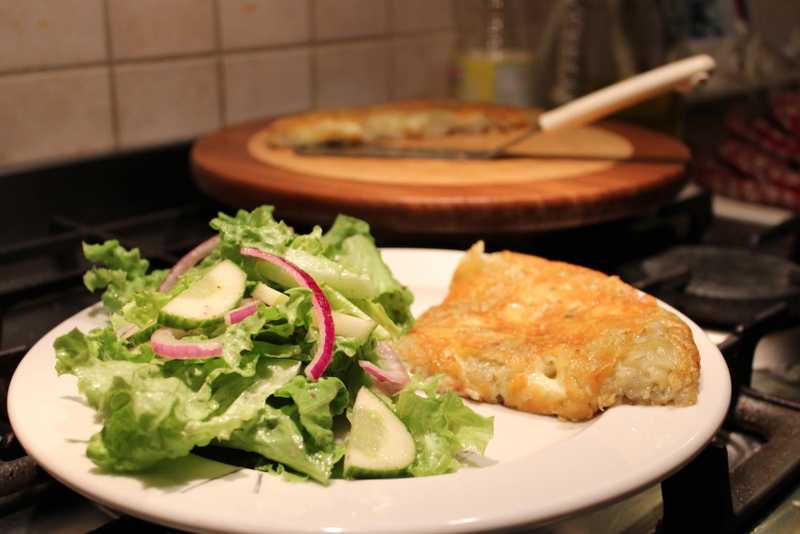 I am entering this cheesy rosti into a couple of blogging challenges. Firstly, Made With Love Mondays hosted by Mark from Javelin Warrior’s Cookin w/Luv as it was made from scratch.

And also #Recipeoftheweek hosted by Emily from A Mummy Too.